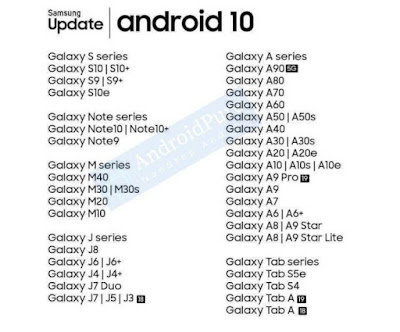 Good news for Samsung users, as a new leak has come upon AndroidPure that Samsung is going to update its mobiles with Android 10 layered with One UI 2.0.

Above is the list of mobiles that are going to be updated according to the leak.

It has been also announced that Samsung is introducing Beta version of Android 10 with One UI 2.0 on S10 mobiles.