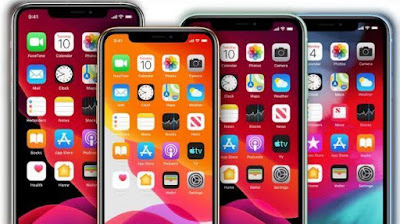 It includes one low-cost iPhone, most probably iPhone SE2 and it may be the first to be released in the market.

“Our positive volume outlook for 2020 is driven by our current expectation for the launch of four iPhone models … and more significant spec upgrades,” analyst of J.P. Morgan, Samik Chatterjee
wrote in a report.

There is a huge promise with the launch of new iPhones for the company; it may lead to new heights in terms of numbers of units sold. Out of these four mobiles phones, two mobiles will have a screen display size of 5.4inch and one will be having 6.1inch and another one 6.7inch.

New added specs 5G network and OLED display will lead to new freshness to the iPhones. Two mobile phones will have a new rear and front camera technology with 3D sensing.

If the time of the release of 5G will match with these 5G mobile phones then it may be a time changer for the company.  mmWave 5G technology which will be for major cities only because of its limitation of short-range whereas, for other regular cities, 600MHz network will be present.

This time Apple may pull OLED technology from LG instead of Samsung as Apple and Google are banking heavily on LG for the production of the OLED panel.

After Jio now Airtel and Vodafone Lined up in Tarrifs Hike